If you have read some of my blog, it is surely apparent that I am a bit quirky. Okay, so some would say weird, bitchy, and that I have maybe less fucks to give than a lady should. 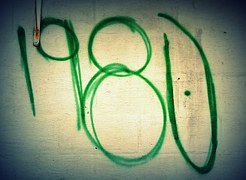 Right on all counts.

Poor John Cusack.... he has been the recurring character in my dreams for a few years. So frequently in fact, we greet each other like true old friends each time. "Hey! How's it going?" AND, no, no. it's not about sex, although there is one time where I demand he throw down. What can I say?  It started to get to me, after walking the streets of Sarasota all night long with the king of 80's angst. It's like this....John Cusack and my hubster are one in the same in the dreams...I know it's Mikey, but he sometimes looks like Cusack, and vice versa. The feeling is always amazing and electric between us.

So last night, I am dreaming away, and it's fabulous. Mike/John and I are at some odd resort....it's winter but not, snowing but sunny. The place looks from the 50's, woodgrain and formica all around. Mostly it's deserted, but boasts a indoor (?) basic fucking ocean, complete with jumping dolphins and sharks. It has many rooms, a bar called the Blue something or other, and no bathrooms that a lady might consider.

Then, the nirvana. We are playing scratch off lotto and matching the winning numbers one after another. And just like that, we win 52 Million dollars. Even dreaming, I'm a paranoid planner--NO! We cannot tell anyone till we get the ticket in the safe deposit box!

But then, we are transported to our kitchen with all our friends--I remember hugging Cindy, who introduced us, with a fierceness and saying, "all our problems are over". A feeling of all-encompassing joy like I have never, ever experienced envelops me. I am dead asleep.

And then I wake.

So. Sorry John Cusack. Maybe he has been having nightmares involving a short, round, old lady with no boobs, chemo damage and a bad attitude stalking him. Perhaps he misses the 80's too. 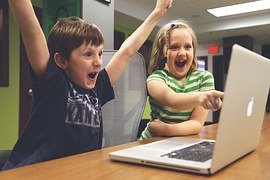 During treatment, mostly when nauseated, memories of my former life as a paralegal would keep me entertained.

My first job in the legal field--working for a mentally ill, spastic and eventual social disgrace. Subsequent jobs with the very pillars of the community--some quasi-normal, most with addictions to one thing or another - work, money, social status, trophy wives. The creepy guy that thought a slap on my nubile 21-year old ass (very slapable back then) appropriate. Me, not confident enough to elbow him in the face and stomp on his crotch at that time. The endless succession of others - a Libertarian that was very open about, his group sex activities (and the endless parade of hookers through the office); the devout Catholic in denial of her son's prolific porn addiction (despite it crashing our systems constantly); the married Nerd in love with the likewise married office administrator, an arctic bitch that had a love hate relationship with bipolar disorder and simply played him like the love-sick retarded tool he was. Workaholics, alcoholics, drug addicts, sexual deviants, drama queens, control freaks, micro-managing psychopaths and narcissists. I've worked for them all. I've been sexually and verbally harassed, had things thrown at me, been screamed at and treated like garbage.

It's maybe troubling that there have been so few normal, kind, amazing mentors - Steve K., Tommy A., Tommy B., Steve H., Nevin of course.

After breast cancer and all its particular horrors, it's difficult to consider return to the standard legal office environment. Really, the thought keeps me up at night.

So....I am delighted at my job offer today for remote transcription, from a reputable firm and it's been a real work to find it. Tomorrow we are revamping my home office.  My new foot pedal and computer are on the way.
at October 26, 2015

Why your screening mammogram sucks

What, you thought that you were well protected with those much applauded mammograms?  Safe, because even it cancer strikes, you will find out right away and it won't be a big deal?  Feeling even safer, because there is no family history and you lead a healthy, active lifestyle?

Not necessarily. If you have dense breast tissue, please investigate further. Do not depend solely on this tool.

Why?  Because my mammogram was squeaky clean, a mere 3 months prior to my Stage II (bordering Stage III) IDC was discovered (by me feeling the very large lump in my breast). Also by then, it had already spread to at least one lymph node. Scary, yes?

Even more concerning, was my Oncologist's seeming nonplussed reaction to the timing and "clean" mammogram. Well, she said, with dense tissue, it's impossible to see it sometimes. What. The. Hell. Apparently, it is not uncommon to miss it with a normal mammogram, which is the standard test, the one I relied on for years and subjected myself to, and its false sense of absolute security. Did you also know that reading scans is somewhat of an art form?  That different practices and fields have differing diagnostics?  That the skill of the radiologist is paramount?  Had my cancer not been so prominently placed and large, it would easily have progressed to Stage IV, quickly. I'm grateful it was such an attention whore and placed itself right under my nose. I can tell you that the minute the ultrasound was brought out, the entire tone of the staff changed from routine to serious business, mere minutes after the diagnostic mammogram tech told me that it was likely a cyst!  I knew I was in some trouble then.

There is talk of legislation and it may already be required in some states, that patients with dense breast tissue are advised that a regular screening mammogram may not be sufficient as a screening tool. It was not the case in Florida in 2014, and though I knew that my tissue was dense, the full ramifications and dangers were never explained to me, and no other option besides a plain old screening mammogram ever advised or even discussed. Perhaps if I'd had the ultrasound my cancer would have been discovered earlier, saving me much pain, money, suffering, disfigurement and trauma.

Maybe we need a new slogan for October, "If your breasts are dense, take offense."
at October 22, 2015 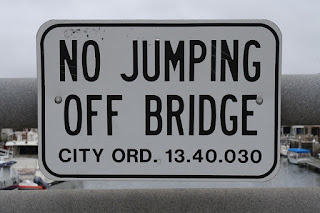 Yesterday I stopped in my old office to chat up my former boss and his new assistant, my replacement.

And to my surprise, found myself just a little bit jealous and sad. Since it was my choice to not return to this job, these feelings caught me off guard and left me anxious.

The fact that the office did not cave into a sinkhole in my absence had something to do with it. Everything is running smooth and by the numbers. It's annoying and comforting at the same time - I really loved working with Nevin and the great working relationship we had. So it's good that he's happy with the replacement. She's wonderful.  I'm struggling to find a decent job and failing. The old ego is taking a blow.

Some Buddhist book gives sage advice - it says to pretend to be a cork floating in the ocean, and not fight the riptides and currents, lest you go under. Better to ride the waves and not expend energies needlessly. That office is no place that needs me anymore, and certainly it's nowhere I wish to be. Maybe the horizon will unveil a safe, sustaining island soon.
at October 22, 2015 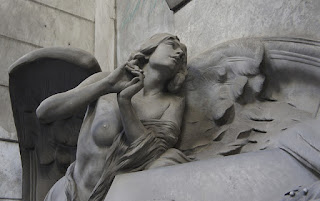 Having cancer has been sort of a liberating experience. Nothing scares me anymore except the prospect of it revisiting.

After 23 years in the same home, we have made the decision to sell. It's not just the cancer thing, but the idea of future comfort. We are 52 and 48 respectively and we really need a new setting for the next phase of life. This old house, wood frame--lots of potential but needs extensive updating. Enormous yard, and all the plant proliferation a jungle-like climate brings. I am no longer a gardener and it's a full-time prospect keeping it looking tidy. The realities of physical aging. The precious commodity of time.

It's a seller's market here and headed even higher. And so, we are working on downsizing, selling things on Ebay and Letgo, cleaning out the clutter. Making a void for new and better things to enter.

So, today on Ebay I'll be putting on my favorite (and now useless) bras and swimwear, that do not work with my prosthesis. Maybe it will stop the dreams that always seem to involve my breasts-having them, losing them, missing them.
at October 22, 2015

The Bitch is Back!

Maine was wonderful, and more posts about the vacation will follow. Meanwhile, enjoy my handsome hubby and our camp in this photo.

Awoke yesterday and realized perhaps there is some post-traumatic stress going on.

I feel almost back to normal and stellar distances from it.  Did a temporary gig for an extremely unpleasant (and of course, very successful) divorce attorney. I loved the staff and never saw the attorney once, which is good, considering how much the staff hates said counsel. Did another one for a very cool real estate attorney in a beautiful office with nice people. My mental fog has cleared (the chemo brain that your oncologist will say does not exist) and my physical energy is rising in proportion to my fitness. Maybe if my doctors had told me with authority that working out would make such a marked, immediate difference I'd committed sooner.

It's been a bit rough lately and it's not just that it's Pinktober. I know I should be overjoyed and grateful. Even if my cancer does return, it's not here yet. Not wanting to waste time and energy considering the horrid possible outcomes. And guilty for doing just that thing.

And everywhere, some garish pink sign telling me to BE AWARE. Yeah, thanks! The thing is, I was aware. Are these Pinktoberettes aware that my precious, regular mammograms MISSED my large cancer, 3 months before my self-diagnosis?  I wanna ask but it may come off bitchy.

Despite the rage-inducing awareness blast each October brings, the return to normalcy is bizarre and welcomed. It is a gift not facing surgery or chemo, going to the doctor, the hospital, the lab draws. I am developing a new appreciation for my body and giving it loving care - gentle Pilates and yoga, low impact exercise to burn the excess poundage. Eating properly and less. Less processed food. Less alcohol. More sleep. Happy thoughts.

Looking for work again is uninspiring. There are lots of jobs that appear for family law paralegals, but the mere thought brings shudders. So, wish me luck with my fledgling writing career. I'm actually seeking writing gigs, something that would never have happened pre-BC.

BLOGS and BC links

My rad doc says it is fine

It does not feel fine